This year I made baseball themed cupcakes for Hubby’s birthday.  He’s a big Phillies fan so I knew I had to make a Philly Phanatic cupcake.  If you’re not familiar with the Phanatic, he is the fuzzy green mascot of the Philadelphia Phillies: 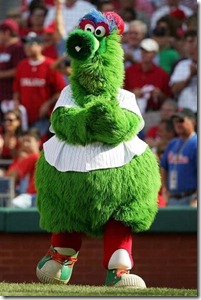 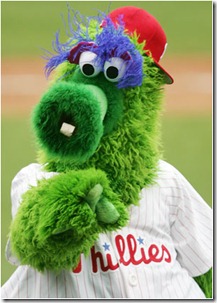 Check out how I made and decorated this Phanatic cupcake.  First I started with a chocolate cupcake: 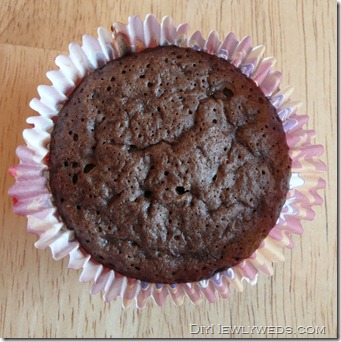 And covered it with white Coolwhip frosting (with my Coolwhip and confectioner's sugar icing concoction).  Then to make the Phanatic’s mouth, I cut a marshmallow in half and placed it a little more than half way down the cupcake: 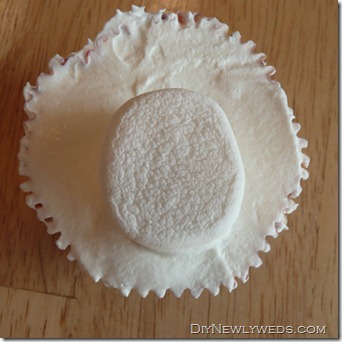 Next, I colored the cupcake green using Wilton Color Mist food color spray.  The spray worked pretty well and was like spray painting with flavorless food coloring.  Basically it's artificial coloring in a can, probably not the healthiest thing to eat, but it got the job done. 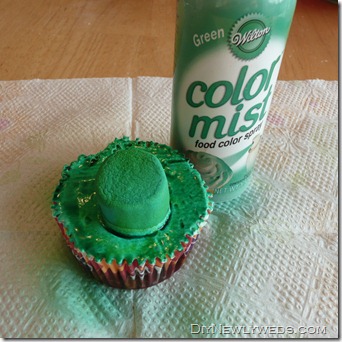 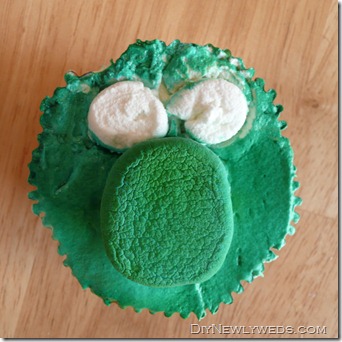 To make the pupils, I cut the tips off two chocolate chips and rolled them a bit to make them look round. Next, I made eyelashes using red icing.  If you read yesterday's post, you know I had a lot of difficulty using the icing I bought and don’t recommend it.  I had a lot of trouble with the icing, but managed to make something that resembled eyelashes. 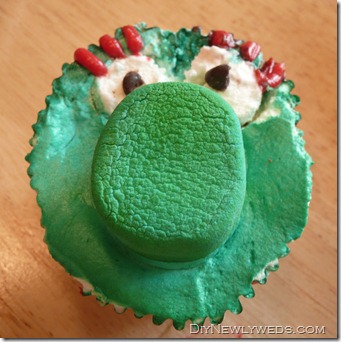 Finally, I finished the Phanatic cupcake by adding a bright red tongue like he’s sometimes seen with. 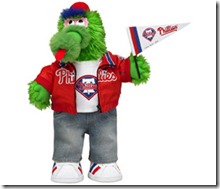 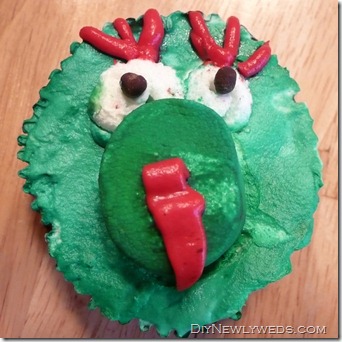 I know I won’t be on Ace of Cakes or Cake Boss anytime soon, but considering this was my first attempt to decorate cupcakes and I made up this design myself, I think the Philly Phanatic cupcakes turned out pretty well!  What do you think?  Have you ever came up with your own cupcake design?

This project is featured on Fireflies and Jellybeans, Pony Tails and Fish Scales, Beyond the Picket Fence, stop by to see the other great projects featured!

How cute! Looking at the pic I was wondering how this was related to baseball but I get it now. :o) Thanks for sharing at It's Party Time Thursday@PonyTails&FishScales!