Oh Pinterest, you are so very wise.  You have taught me so much, including how to grow my own green onions.  I saw this pin on Pinterest which said you could take your used green onions from the supermarket and regrow them yourself.  Since we regularly buy green onions (aka scallions) I had to try it out myself.

I had a few green onions laying around in the fridge.  To be honest, they were there for sometime and probably not so fresh, but I decided to give it a go anyway. 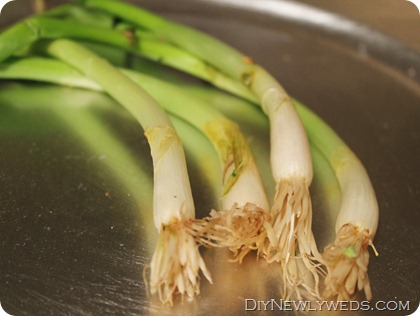 I cut off the green part of the scallions down to the white section and just put the cut pieces into a small jar of water.  I added just enough water to cover the creepy looking roots and placed it on my kitchen table which receives some indirect sunlight during the day. 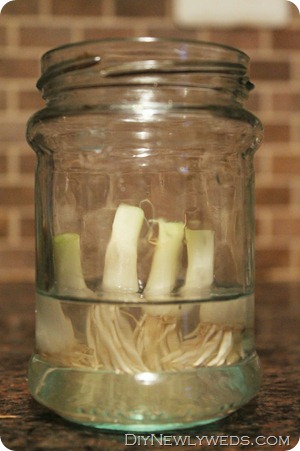 Five days later (I counted) I was already seeing some green onion growth! 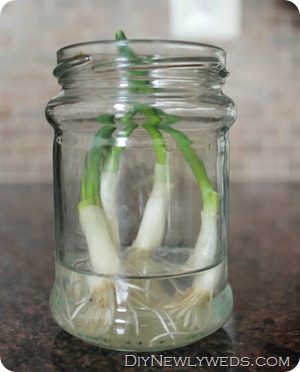 I was surprised the scallions were growing past the top of the jar in under a week. 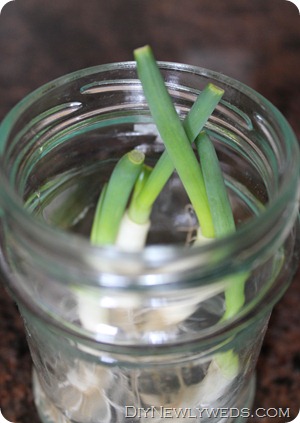 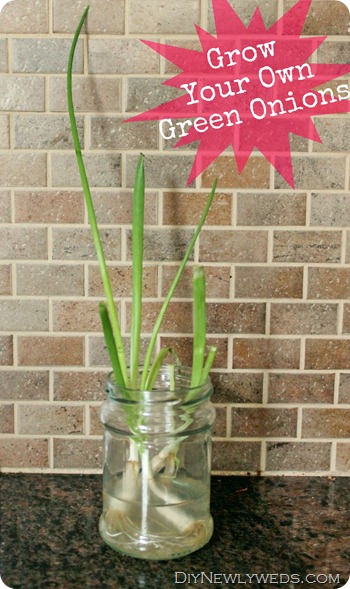 When you need some scallions, just snip off the green part and use it as you wish, they will continue to grow back again and again!  The scallions would have been even bigger in the above photo, but I had already snipped them a few time for my consumption (I sprinkle some over nachos…so good!)

I only started with 4 green onions, but I plan on buying some more from the store and using this technique on them so I won’t have to use them so sparingly. I haven’t experimented with adding more or less sunshine, but I might try some more sunlight next.  I’m sure you could also plant these in the ground, but I haven’t given that a go and am not sure if it would have the same never-ending effect.  Anyone know?