Check Out My Crib

I’ve quickly learned that having a baby means you have to buy a lot of stuff (or register for a lot of stuff and thank your lucky stars you have generous family and friends.)  In all of the buying/registering, the three items I found the hardest to pick out were the stroller, crib, and mattress.  It took me hours of online research and 3 or 4 baby store trips to pick out a stroller! Pregnant women should not have to rack their brains with decisions like these!  I will spare you the details of the stroller decision, but since we’ve been talking about the nursery, I figured I’d share my crib buying experience.   Just call me Little Miss Fickle. 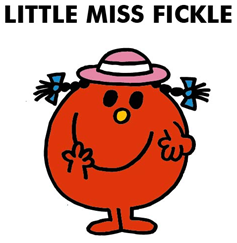 Buying a crib sounded easy enough at first, but after doing a little research I found out that all cribs are not created equal.  Some cribs of lesser quality are made of pressed wood that use glues with could contain a bunch of chemicals in them and the crib finishes/paints/stains can also contain scary sounding chemicals.  After adding up all of the hours a baby spends snoozing, I realized that the little one will be spending a lot of time in there and I want the crib to be as safe and non-toxic as possible.

And let’s not forget the crib should also be cute!  Admittedly this is less important and the baby isn’t going to care what the crib looks like, but heck I want to have a cute nursery!  As I mentioned back in my Nursery Mood Board post, I’d like the baby’s room to have a mix of white and wood furniture.  So I decided to go with a two-tone crib so it would work with both.  Plus although this isn’t always the case, it seems that a lot of white cribs are geared towards girls and dark wood cribs are geared towards boys.  Since we didn’t find out the baby’s gender, and want to use the crib for future babies, a two-tone crib sounded like the perfect solution.

After a lot of research, and knowing I wanted a modern looking crib, I narrowed it down to three two-tone cribs that were within our budget.

Then I started doing some research as to the safety specifications and materials used to make each crib.  I wanted to dig into this because some paints/stains used on a crib can pass government standards, but still contain some levels of phthalates and other chemicals that I would rather avoid even if they are at the government approved level.

For the first crib, the Delta website listed that it has a “non-toxic finish tested for lead and other toxic elements to meet or exceed government and ASTM safety standards” and “JPMA certified to meet or exceed all safety standards set by the CPSC & ASTM.”  That sounded positive, but their website did not specify what kind of wood it was made from, it only listed that it was made from “strong wood construction.”  So being the overprotective mother I already am, I decided to call them to see if I could get any specifics about the type of wood and other things like phthalate levels.  The woman I spoke with on the phone, said that the crib was made from different types of pressed woods.  So I said, “Oh, so it’s not made from solid wood then?” but she insisted it was “solid wood” even though it was made from various types of woods that are shredded and then shaped and pressed together by her explanation.  I’m pretty sure she had no idea what the term “solid wood” means, because “pressed wood” sounds like the complete opposite to me.  She also said that they didn’t use any glues to press the wood together.  I’m no wood expert, but I would guess that you’d need some type of glue to hold the pressed wood together.  Plus, she wasn’t able to give me any further information about the levels of various chemicals used in the crib’s paint.  Now, I could be wrong about all of this, but she did not sound like she knew what she was talking about and I had no confidence that this was a solid wood, glue free crib like I was looking for.  To be fair, I also emailed them because this woman could have just been an anomaly, but I got no helpful information in their email response either.

At this point, you can picture me looking something like this (but with a less cool mustache.) 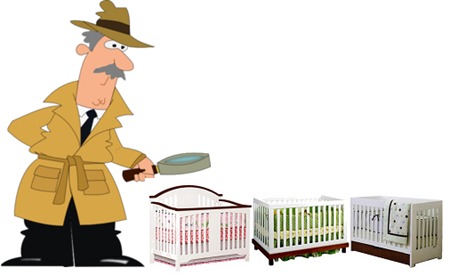 Meanwhile, the other two cribs are both made by Baby Mod and had more detailed information in their descriptions which said things like “solid wood, wood veneers and drawers; no paper press boards used” and “solid New Zealand pinewood construction.”  This had me feeling better already.  I still went searching for more information, but could not find an actual website for Baby Mod.  However, Baby Mod’s parent company is MDB who makes cribs under the brands Million Dollar Baby, DaVinci, and Babyletto among others.  And Babyletto makes the Mercer and Modo cribs which are nearly identical to the two Baby Mod cribs I was deciding between.  (The Babyletto cribs are currently on sale on Amazon, but at the time I was shopping around they were not, making them a lot more expensive than the Baby Mod cribs so that’s why I decided against them.)  The Babyletto cribs had much more detailed information on their website about the paints used in them.  On their website, they write:

“We exceed JPMA regulations and go through annual paint tests. Paint is called safe when it has toxic materials under 300 parts per million (ppm). In order for a company to claim low toxicity and as mandated by CPSC, it must be no more than 90ppm or 0.009%. All of our products here come in at less than 0.001%, way below the level allowed, making it absolutely lead and phthalate safe.”

Now, that’s specific to the Babyletto website, but their website does have a pledge to safety across all of their brands and I figured if the Babyletto and Baby Mod cribs look so similar, they probably have similar construction.  (Again, I’m just guessing about that, but I was impressed by the safety information given across the various MDB brands.)

So after all that, I narrowed it down to the two Baby Mod cribs, Olivia and ParkLane.

I like the Olivia crib and that the two-tone wood part was actually part of the crib, not just a drawer front.  On the other hand, the ParkLane crib has a drawer and after all who couldn’t use more storage.  But, Walmart offers a free mattress with the Olivia crib (at the time I was shopping, both cribs were the same price, but the Oliva came with a mattress and ParkLane did not.)  But, I don’t know anything about that mattress and if it has all the safety specs I’m looking for in a mattress.  But ParkLane ends up being more expensive since no mattress is included.  And I went back and forth like this for weeks!  See image above of Miss Fickle.

I also looked online and saw both cribs looking cute in various nurseries.  I realized that the ParkLane crib was the same crib chosen by Young House Love for their nursery.  I even sent John and Sherry a message asking them how they liked the crib after over a year of use, to which they kindly replied and said only nice things about the crib.  I also asked if they thought the crib was too short, as it’s a little lower than some other ones and that was another concern of mine, but they didn’t have any issues with its height.

The back and forth in my head continued for a while and then I finally decided on the simple fact that the ParkLane had a drawer and that would probably be useful, so that’s what I went with! 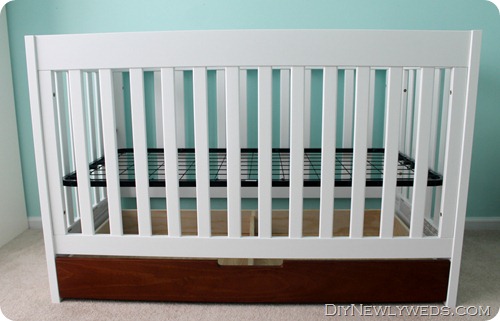 The crib was delivered exactly one day after we ordered it online.  As soon as I opened the box I was impressed because it was not smelly at all and I was worried their might be a “painty” smell.  It was fairly straightforward to put together (says the person who watched her husband do it without helping.)  All of the parts seem nicely constructed and high quality too.

Here it is with the drawer open since that was the deciding factor after all. 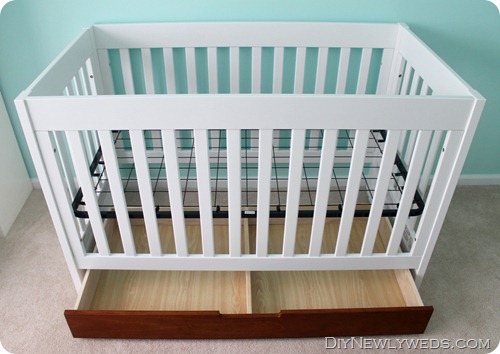 So after weeks of driving myself crazy over the crib choice, I can confidently say that I’m happy with the crib we chose!  Woot! 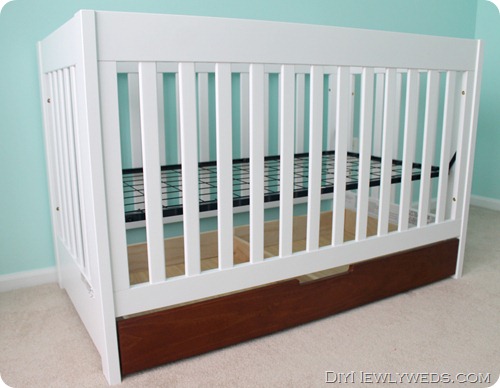 So that's an overly wordy description of the craziness my brain went through in choosing this crib.  Thank goodness I liked it once we got it because I wouldn’t want to go through that again!  Have you had to rack your brain or did you have trouble making purchases for your little ones?

P.S. Don't forget to enter my Conscious Box giveaway which ends at today.

Hi there!
We're so happy you had a positive experience bringing the ParkLane home and we can't wait to see your finished nursery!

By the way, we do have a BabyMod website should you need instruction manuals or support in the future. http://www.themdbfamily.com/babymod/

All the best,
The MDB Family Team