In early summer, we had some uninvited guests move into our home- starling birds.  I previously shared how these birds built a nest in our stove exhaust vent (I originally thought it was my dryer vent).  Turns out starlings are pretty crafty and can sneak into vents even if they have covers.  But although the birds weren’t invited, we left them alone as they laid eggs and hatched their youngins’.  They might have been uninvited guests but I believe in good hospitality! 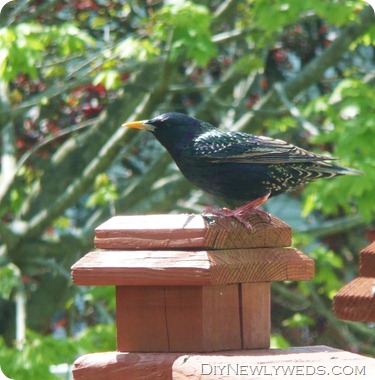 So the microwave came down so we could get to the exhaust vent behind it.  And by “we” I really mean my husband took it down while I stood across the room in the corner hoping a flock of birds wasn’t going to fly out and attack me. 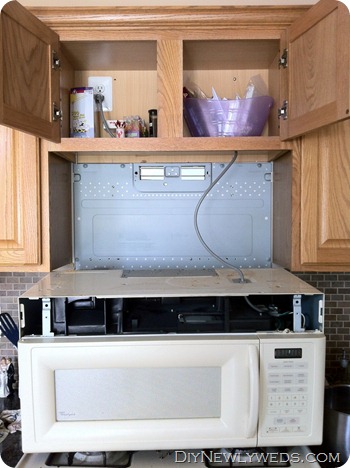 Behind the microwave was a metal panel with two small vent openings.  We could tell through the little openings that the birdies were really behind there. 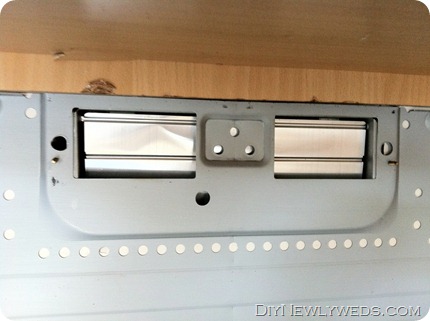 Hubby took down the metal panel so we could better access the birds.  Contrary to my fears, the birds didn’t just take off and fly around our house pecking at us as soon as the panel was removed.  Actually, Hubby had to reach into the vent to pull them out individually (wearing his Phillies gardening gloves of course). 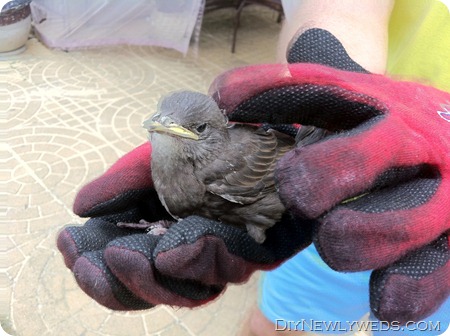 He took them out one by one and placed them near a bush on our backyard.  They were actually pretty calm and didn’t put up a fight, I’m sure they were tired of being stuck in a dark spooky vent.  In total, there were four birds in the vent.  One flew away as soon as it got outside, but the other three didn’t know how to fly yet and hopped around our backyard for the next few days until they learned how to. 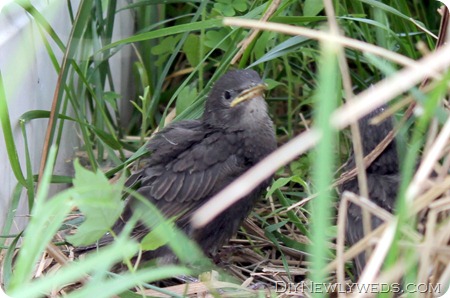 They hung out behind a big bush for a while and eventually worked their way over to our patio, cutely snuggling together. 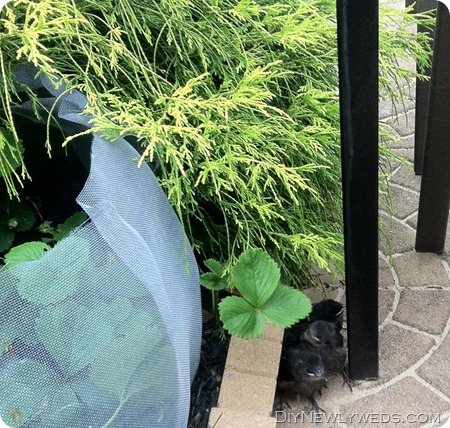 After doing some research online, I learned that it was best to leave displaced baby birds alone and their parents would hear their chirps and find them.  Sure enough their parents showed up after a short while and continued to feed them and care for them for a few days as they hopped around our backyard before learning to fly and getting on their way.

I’m happy all of the little guys got out safely and it worked out well for them, but it was sure a hassle to remove the microwave and reinstall it.  Since the existing flaps on the vent didn’t stop the birds, we bought a vent cover from the Home Depot (also available on Amazon) to avoid future infestations of the avian kind.  To tell you the truth we didn’t get around to putting this cover up yet, as the birds didn’t come back for a second round, but we will definitely put it up soon so we don’t get another nest of birds next spring. 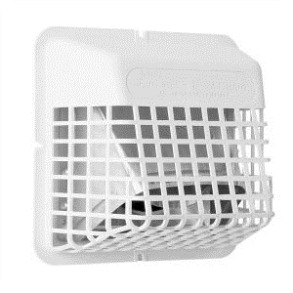 Have you ever had birds or other creatures pack their bags and move in without your invitation?  Any other tips for keeping these guests away?