Since it's humble start earlier this summer, my backyard garden is looking much better these days: 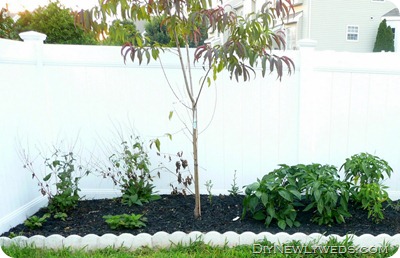 Not bad considering that less than 2 months ago this area was an empty canvas (well except for the patches of crabgrass).  But these days, I have an actual vegetable garden!  Check out these pepper plants: 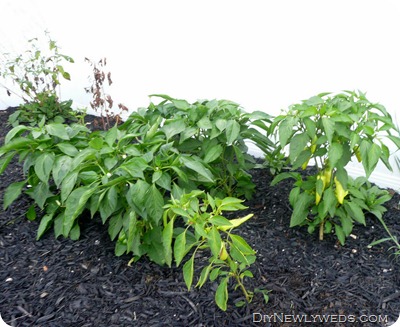 If you look closely, you might notice something a little odd: 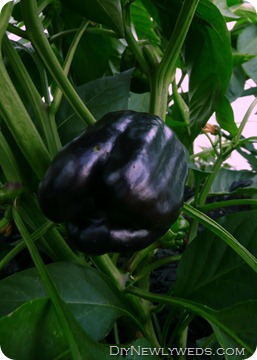 Purple peppers!  I never knew it, but in addition to red and green bell peppers there is such a thing as dark purple (almost black) bell peppers called Purple Beauty.  I found them at a local farmer’s market where I bought all of my herbs and veggies and decided to give them a try. 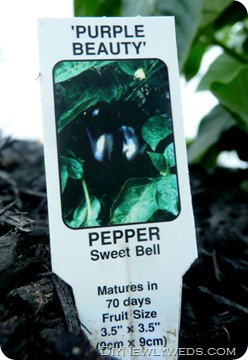 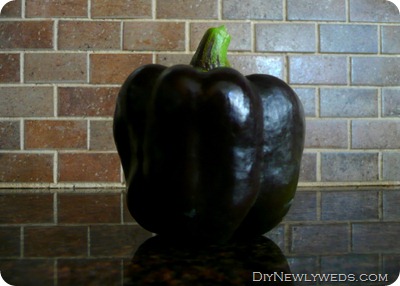 In addition to two purple pepper plants, I also have two banana peppers and two red bell pepper plants.  I have yet to harvest those varieties, so in the meanwhile I'm enjoying these oddballs!  Have you ever tried a purple pepper?