I am so excited to share this mini apple pie recipe I created!  I even had trouble coming up with a name for it because I'm so excited and want to call it Super Easy, Low Fat, Mini Single Serve, 5 Minute Quick,  Apple Pie Tart!  That's the only name I can think of captures this recipe!   Seriously, it's yummy, super easy, only takes a few minutes to make, and is much healthier than a traditional apple pie or apple tart (it's sort of in between a pie and a tart).

Okay, enough with the build up, check out this awesome mini apple pie recipe.  You only need four ingredients: an apple, honey, ground cinnamon, and a tortilla (I use Trader Joe's Reduced Carb Whole Wheat Flour Tortillas because they're healthy and a nice small size): 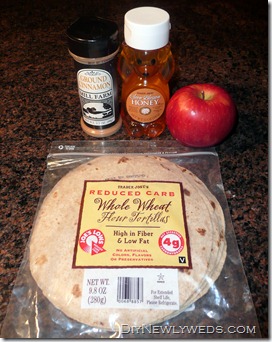 Thinly slice half of an apple and place the apple slices on a tortilla: 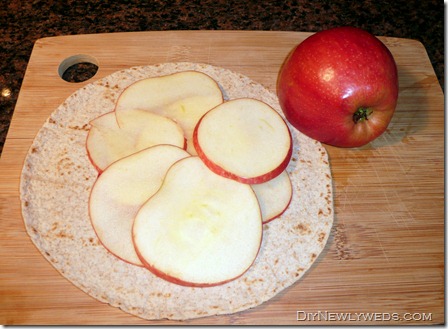 Drizzle the apples with honey and sprinkle generously with cinnamon: 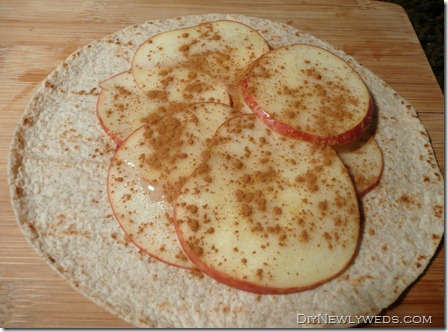 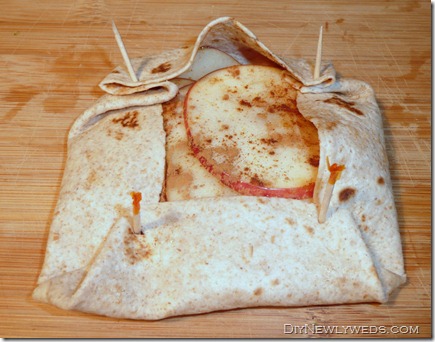 Place the tart in the toaster oven and bake/toast until the apples are soft (this took about 5 minutes in my toaster oven on the "toast" feature). 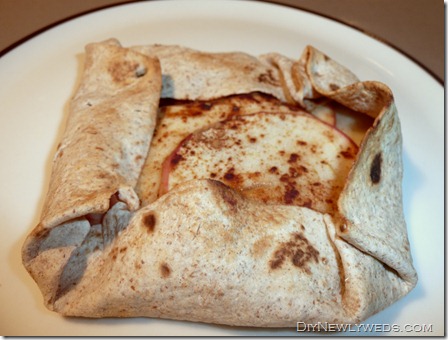 That's it!  5 minutes later you have a yummy single serve apple pie/tart.  Depending on the type of tortilla you use, this apple tart will come to under 150 calories and 1.5 grams of fat.  I think it's a great after dinner snack for when you're craving dessert and want something quick and low fat.


This recipe is shared on Life as Mom and Pony Tails & Fish Scales,

Looks DELICIOUS and healthier than the normal counterpart. I'm going to try this!

Van- Let me know how it turns out, hope you enjoy it!

Very delicious. I spread sour cream on tortilla first and added some raisins.