Happy Halloween!  We had some Halloween fun over the weekend and my dog even got in on the occasion.  I realize that I'm one of those crazy dog people (heck, I even carved a pumpkin that looked like my dog last year) so it won't come as much of a shock to you that I dressed up my dog for Halloween.  This year I went a little extra crazy by making the costume myself.

My local dog park had a Halloween dog parade to benefit an animal charity, so I couldn’t resist dressing up my pup and my parent’s dog (they are actually brothers). 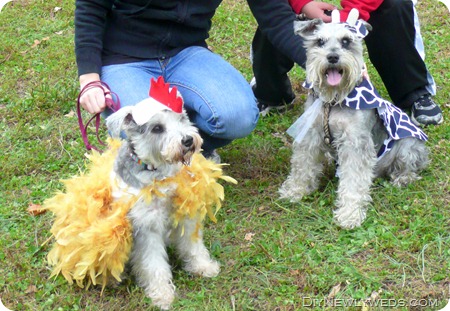 If I do say so myself, they are too stinking cute!  Dogs dressed as other animals are just plain funny. Who can resist a dog chicken and cow? 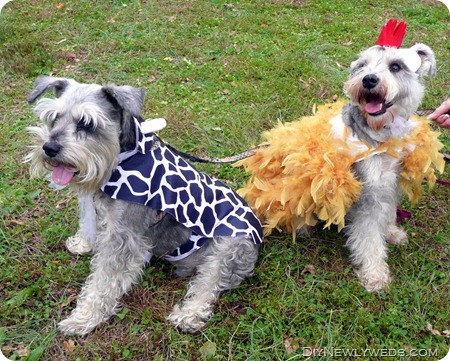 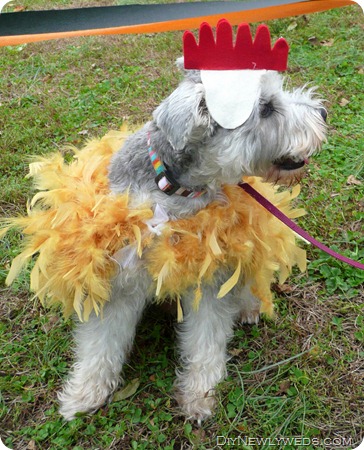 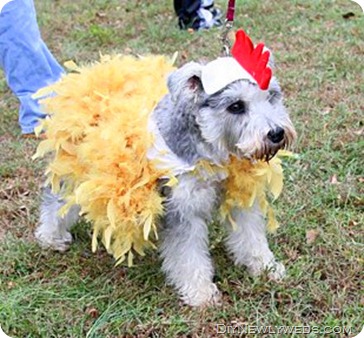 And a cow just seems like the perfect compliment to a chicken. 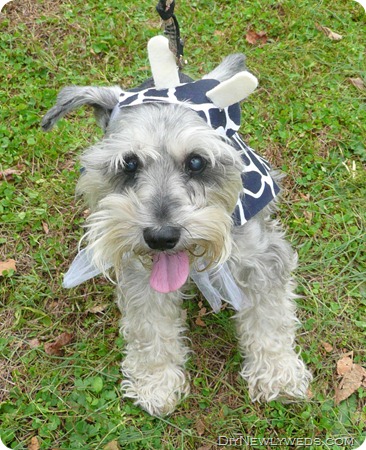 It's not easy making a chicken and a cow sit still at a dog park full of other crazy looking pups. 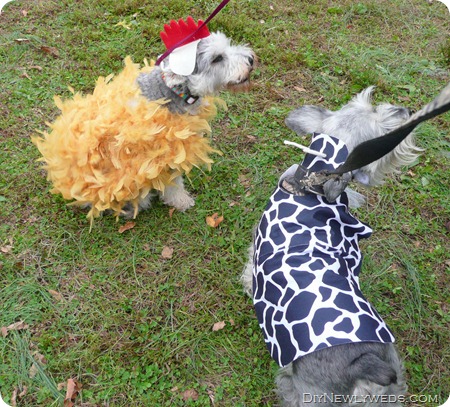 Curious in how I made these dog costumes?  They were actually pretty easy and no sewing was involved.  For the dog chicken costume, first I made the base of the costume using an old white t-shirt.  I traced one of my pup's existing doggy outfits onto the t-shirt to get the right shape and size.  Then I cut out the form and hot glued the edges to get a nice clean "seam." 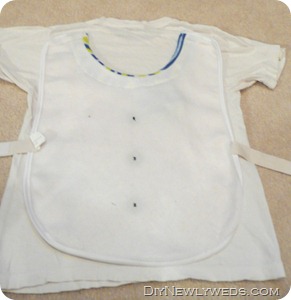 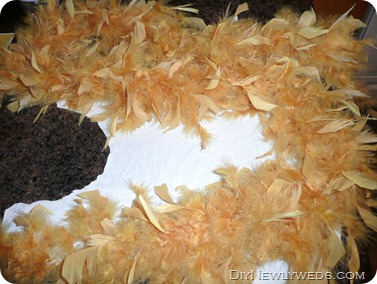 The headpiece was a little trickier to make.  First I cut out a white oval from felt to use as a head base and then attached the "comb" to it (I had to look up what the red thing on a chicken's head is called- apparently it is a "comb").  I traced my fingers onto a piece of red felt to get the shape down and then cut out the comb.  To make it stick up nicely, I put a small piece of cardboard from a cereal box in between two layers of felt. 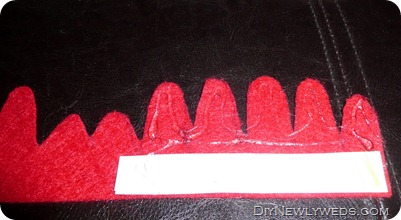 Once the headpiece was done, I hot glued some ribbon to it so I could tie it around my pup's head.

The doggy cow costume was even easier to make.  I forgot to take photos as I made it, but I simply cut out a form like I did with the chicken costume using  two pieces of cow print felt and made a headpiece using a piece of cow print fleece and white fleece for the horns. 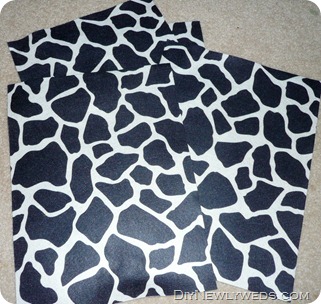 We met lots of other crazy dog owners at the dog park party so at least I'm not the only wackadoo out there.  Does anyone else dress their pets up for Halloween?  How about you non-pet people, how are you celebrating Halloween?

I love the chicken one! Too funny!