We hit the road last Friday for a little road trip to Washington DC!  For Rob's 30th birthday this year, I planned a trip to Washington to do some sightseeing and watch a Nationals vs Phillies game (we're big Phillies fans and this was the only weekend this year that they played in DC).

As soon as we got to DC, our first stop was to of course check out the White House.  We unfortunately couldn't get White House tour tickets (they have to be requested about four months in advance), but we did get a look at it from the outside. 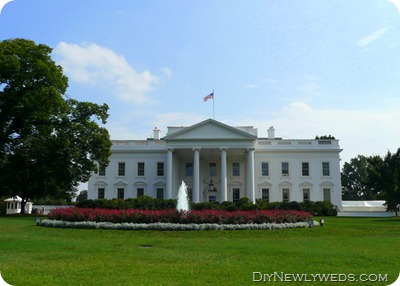 I was also excited to see Michelle Obama's White House vegetable garden in the back.  Too bad we didn't get to spot the Obamas too! 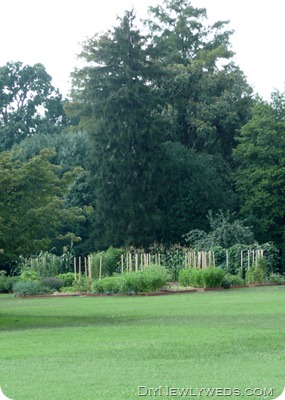 We did a little more exploring and got a nice view of the Capitol building. 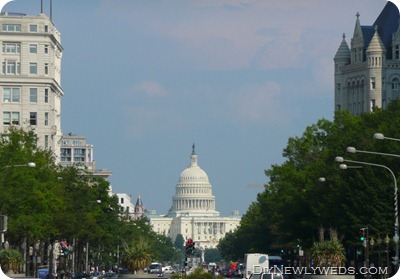 Then, it was time for the Phillies game!  There was a two hour rain delay during the game, so we definitly got a very thorough look at the stadium while we were waiting for the game to start back up!  We were amazed to see so many Phillies fans there; at least 80% of the crowd had also made the road trip down to DC for the game.  In fact, throughout the rest of the weekend no matter where we went (tours, museums, restaurants) it seemed like half the crowd was wearing Phillies t-shirts.  We are serious about our baseball in Philadelphia! 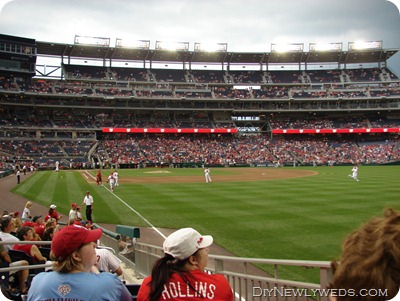 The next day, we put on our sneakers for some serious walking and sightseeing.  We had a morning tour of the Capitol building.  Here I am out front: 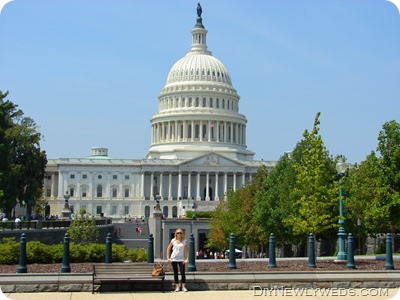 The building was beautiful and in the center of the building is the Capitol Rotunda with a gorgeous fresco painted on the inside of the dome. 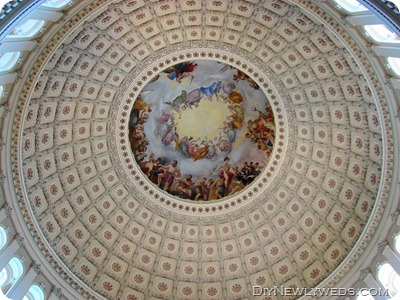 Our tour guide explained that the fresco, called the Apotheosis of Washington, depicts George Washington being elevated like a God.  Here's a close up of George (at the top of the image) : 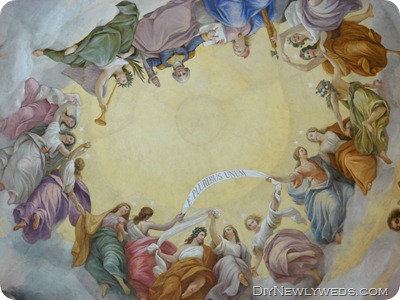 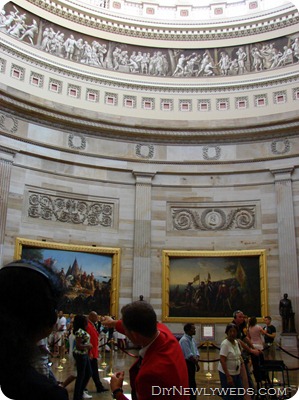 The paintings were done in the early 1800s and depict important American events like the signing of the Declaration of Independence: 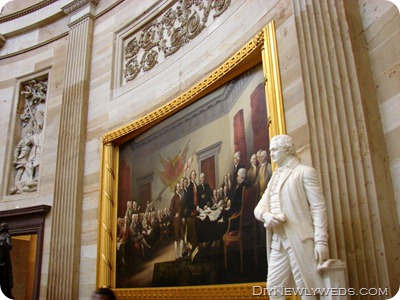 And the Surrender of Lord Cornwallis: 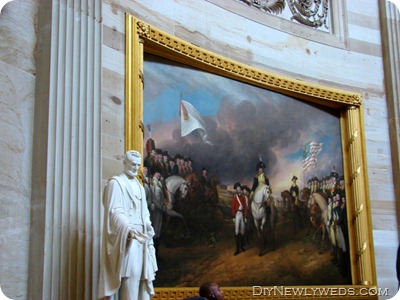 After our tour, we set off for a day of sightseeing.  From the Capitol building, we could see the Washington monument (spoiler alert: it took us the entire day to get there). 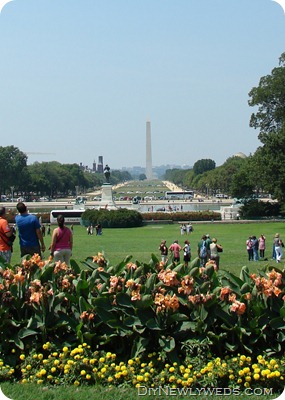 
I had been to the Natural History Museum as a kid and was pleased that I still enjoyed it as an adult (dinosaur bones are cool at any age in my opinion).  This was my first trip to the American History Museum though and I really enjoyed it. The museum is full of cool American "artifacts" like George Washington's suit, the top hat Abraham Lincoln was wearing when he was shot, and the gowns all of the First Ladies wore to their Inaugural Ball.  We didn't have time for the other Smithsonian museums, but I had been to some others as a kid and they are really great.  Plus they are all free so it's easy to come and go from each museum.

After the museums, we finally ended up at the Washington Monument: 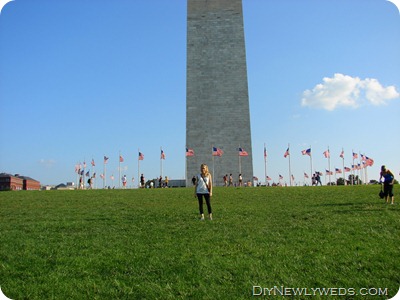 By the time we reached the Washington Monument our feet were tired and our bellies were hungry so we headed off to dinner.  We really enjoyed Washington DC and were happy we were able to squeeze in a lot of sightseeing into the weekend.  Have you visited Washington DC?  What were your favorite sights?